: The capital of Lanzarote on the east side of the island. The town with relative few tourists has the following highlights: Castillo de San Gabriel (museum) at the promenade, Castillo de San Jose used as an art museum and the colonial houses in the center.

: The former capital of this volcanic island with beautiful old architecture (including Spinola Palace) and the old castle, Castillo de Santa Barbara. Every Sunday an interesting market is held.

: On the southwest side of the island at Yaiza there are salt fields in a natural lagoon.

: Early 18th century many volcanic eruptions have occurred here and resulted in a fantastic moon-landscape in the colors red, green and purple. The area is also called the montañas Fuego (fire mountains). You can explore the area only against payment by tour bus (Ruta de los Volcanes) or dromedary. In the existing restaurant (El Diablo), you can grill on geothermal energy.

: A small hilly inhabited island off the north coast of Lanzarote. From Orzola on Lanzerote you can take the boat to this volcanic island with beautiful sandy beaches as a day trip. The island is about 8 to 12 kilometers long and is also natural area. The crater Furna do Enxofre with a crater lake on the southeast side of the island is the top tourist attraction of the island.

: These caves formed by lava flow from a volcanic eruption transformed by Cesar Manrique into a concert hall (auditorium), restaurant-bar and a beautiful garden with pond. There is also a lake with a unique species of crab munidopsis polymorpha.

: View-point west of Orzola from a glass restaurant designed by the artist Cesar Manrique overlooking the island-sea including La Graciosa.

: The largest resort of this volcanic island with a great nightlife.

: This cactus garden in black volcanic sand is designed by the famous architect Cesar Manrique and shows around 1400 types of cacti. There is also a white windmill present.

: There is a 2 kilometer long beautiful highlighted path through this cave formed by lava flows, also called lava tunnels.

On holiday to Lanzarote

Pictures, maps and articles of Lanzarote

This area in Wikipedia Lanzarote (for workpiece or speech) 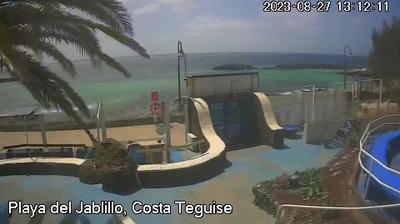 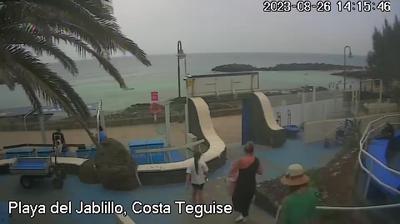 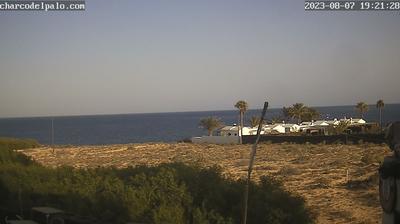 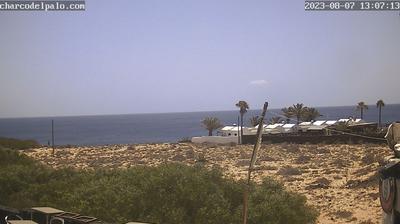 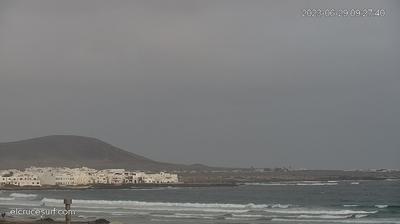 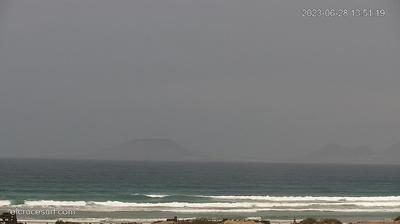